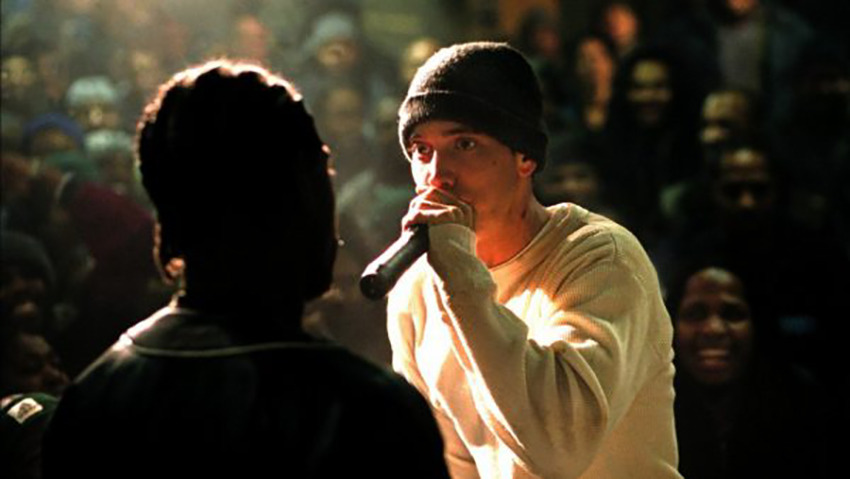 Bad habits, bad decisions and bad behavior. Got me nowhere, got me lost and got me dead!

In the previous blogs I made a lot of intellectual claims about how you need to think in order to make it, or at least how I began to think to get to where I am.

But I am not an academic, I had to learn everything the hard way. You know “learning by doing”.

I told you guys in the last blog that I would get more personal and talk about some of the bad habits I’ve had to quit and obstacles I had to overcome in order to get my life straight.

A friend of mine who’s a personal trainer from Denmark said something along the lines of “it’s best when the guide has been on the journey himself”.

So, here is my Marshall Mathers moment…You know, the moment in 8 mile where Marshall’s character puts all his vulnerabilities out there, so the other guy can’t use it against him. Thus everything he was a shamed of, no longer holds power over him.

I come from a dysfunctional family, my father was an alcoholic even before I was born and my mother became one. Coming from a dysfunctional home, I did not fit in in school, I had no respect for adults and when it came to resilience factors I pushed everybody away. Isolating myself more and more.

I was severely bullied in school, and driven to the point where suicide seemed like an easy way out. I was 14 at the time. I have a rebellious streak and quite a bit of defiance in me though, so instead of attempting suicide I brought a weapon to school and committed a violent act. Which lead to me being removed from my home. From then on I was regarded as an assailant, instead of the victim I felt like. Go ahead a wrap your 14-year-old brain around that.

A few years later as a young man 19 years of age, I one day came home from work and found my mother dead on the living room floor. She had summed up the courage to leave my father a few years prior to that, but it was too little too late.

For the next 14 or 15 years I wasn’t able to cry even a single tear, I could only express anger and rage. That of course got me into even more trouble.

I had developed substance abuse from childhood, it started around the time where I was bullied, and it followed me far into adulthood. Mostly weed and alcohol, but I overdosed on drugs more times than I care to count, literally dying at one point. Actually dying from drugs turned out to be a pivotal moment, the moment where my ego, my subconscious autopilot, no longer could keep power over me. I couldn’t lie to myself anymore, I knew life altering changes were the only way if I wanted to live, and more than that, if I wanted to be a role model for my kids. Pretty fucking embarrassing to OD when you’re a father. For that there are no excuses. And I hit rock bottom pretty hard.

Now, I am not telling you guys all of this to get sympathy or even worse…likes. No my point is the opposite exactly. You see on my journey to change my life, I decided to go back to school, and here was another one of my pivotal moments. I attended a class with a guy who was a refugee from Somalia. He was attending school in Denmark where he had received asylum. To be with the few family members he had left, he had to live in Sweden, where they had gotten asylum. His Danish was so poor he often turned to me for help. But every day he came by train from Sweden, to learn and to make a life for him and his family.

And that made me realize, maybe my life wasn’t so hard after all, maybe the world, society and my parents didn’t owe me anything. Maybe I was only a victim of my own thoughts, maybe all my excuses for not applying myself was really just reasons to try harder. Maybe the less you’ve received from home the more you owe it to yourself to never give up. And at the end of the day my parents did show me an important lesson, they showed me what not to do.

Now in the movie 8 mile Marshall Mathers says “you only get one shot do not miss your chance to go, opportunity comes one in a lifetime (yo!)”.

I don’t believe that for a second. I believe everyday you wake up is a new chance, and it is up to you to give your life purpose. And I choose to work and train with people. Helping others is my way of making sense of the things I’ve been through. And honestly I have never received more than after I started giving. The scholarship to IPTA is proof of that.

And the bad habits I had to quit, the deamons I had to battle, low self esteem, loneliness etc. made me a person who does not judge.

Whatever your struggle is, odds are I can relate.

Make the most of it.

Thomas Frank is the winner of the IPTA scholarship and certified personal trainer course in Marbella.

This is the fourth post in a series that Thomas writes ahead of joining the upcoming PT program with IPTA.