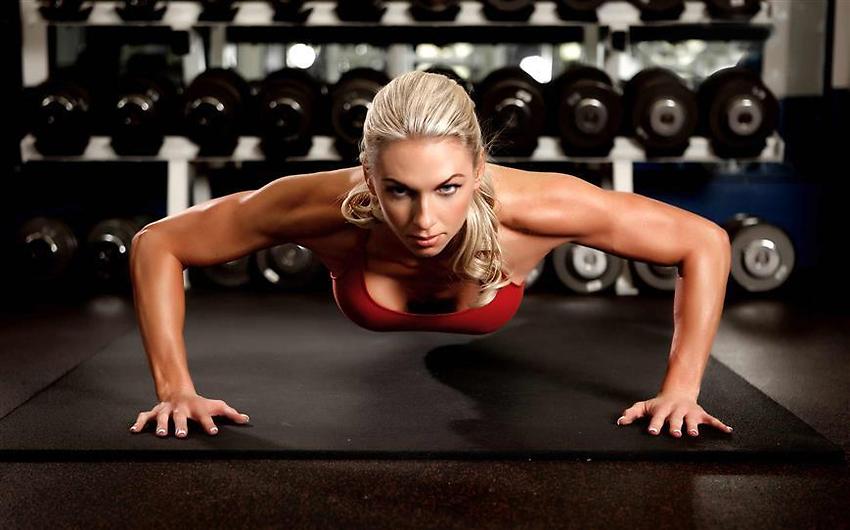 Should women exercise in the same way as men to achieve optimal results in strength and muscle mass? This thesis has been adopted for a long time, but new research shows that there may be better ways to setup the training - in a way that is more adapted to female physiology.

Differences between men and women
In order to get maximum results from strength training, it is necessary to periodize exercise by varying intensity, frequency, volume and exercise selection. Much of the knowledge about training planning, however, is based on research carried out on men. A big difference between women and men is sex hormones. As is well known, the male sex hormone, testosterone, benefits from strength and muscle mass. However, the effects of female sex hormones, estrogen and progesterone, on performance and exercise adaptation are not fully understood. The levels of these hormones also vary greatly during the month depending on the menstrual cycle.

It is becoming increasingly clear that these hormonal variations can affect the ability to exercise, either positive or negative at different times during the menstrual cycle. During the first two weeks of the menstrual cycle, the folicular phase (FP), estrogen levels are high, while progesterone levels are relatively low. It is believed that estrogen, in the same way as testosterone, can induce anabolic effects. Estrogen also appears to reduce protein degradation. During the last two weeks of the menstrual cycle, the luteal phase (LP) increases progesterone levels and the ratio of estrogen to progesterone decreases. Progesterone appears to favor increased protein degradation (1). One can therefore assume that women are in a more anabolic state in the folicular phase and a more catabolic state in the luteal phase.

To test this hypothesis, a group of researchers from the Ruhr University in Germany conducted the following tests. A group of young women had to train their legs with different exercise programs for each leg. One leg was trained eight times in FP and only twice in LP and the other leg was trained eight times in LP and only twice in FP. They found that the group who had a higher exercise frequency in FP and lower exercise frequency in LP gained a significantly greater increase in strength and muscle cross-sectional area.

Another research group conducted a study comparing the effects of two different training models on strength-penetrating women. One group was trained every 3 days throughout the menstrual cycle (traditional non-accrual exercise). The other group practiced every other day during FP and once a week during LP. They thus had a program that was periodized after the menstrual cycle, something the researchers called "menstrual cycle trigger training". The results showed that the women in group two (whose training was post-menstrual after the menstrual cycle) received a greater increase in muscle strength (32.6% vs. 13.1%) and muscle wound area (27.6% vs. 10.5%) in the leg muscles compared to first group.

In a recently published study from Umeå University, the researchers compared three different training programs. The subjects had been divided into three groups of group 1 training at high frequency (5 times / week) during FP while group 2 trained at high frequency under LP. The rest of the time trained both low frequency groups (1 time/ week). Group 3 (control group) trained 3 times / week for four months ("continuous non-accrual training"). The results showed a marked increase in bone strength in groups 1 and 3 (control group) but not in group 2. For group 1, there was also a significant increase in muscle mass in the legs. Moreover, the increase in muscle mass was greater than that of the control group. In this study, women who took birth control pills were also included. It was found that there were no apparent differences in the training effects between women with or without birth control pills.

In this article we have only listed a variable in the training schedule, the frequency. Future research may reveal whether there are other varibles that strenuous women should periodize or if other types of exercise, such as aerobic exercise, should be accrued differently for optimal results.

If you want to try and periodize your training after the menstrual cycle, you can do like this:

First two weeks (folicular phase): Strength training 5-6 days a week. The program should be done so that the legs are exercised 2-3 times a week and the upper body 1-2 times a week.

Last two weeks (luteal phase): Strength training 2-3 days a week. The entire body should be exercised once a week, not more.

Measure your temperature regularly: The average length of the menstrual cycle is 28 days, but there may be large variations between different individuals. The phases usually last not exactly two weeks but may be longer or shorter. Something you can have as "feedback" when your body goes from the folicular phase to the luteal phase is the change in body temperature. The temperature is raised about 0.5 degrees right then. If you measure the temperature regularly and especially during the second part of the menstrual cycle, you will notice exactly when it is time for you to switch to a period of lower exercise frequency.

Would you like to learn more about how to boost your workout results?
Check out our CERTIFIED PERSONAL TRAINER course.

1.Oosthuyse T, Bosch AN. The effect of the menstrual cycle on exercise metabolism: implications for exercise performance in eumenorrhoeic women. Sports Med.2010; 40 (3):207-227.